The mosaic is a decorative assembly where are juxtaposed small regular or irregular elements resistant materials called tesserae. It is an ancient art that dates back to the late fourth millennium BC. BC, found in many continents and has experienced a remarkable development of a civilization to another. 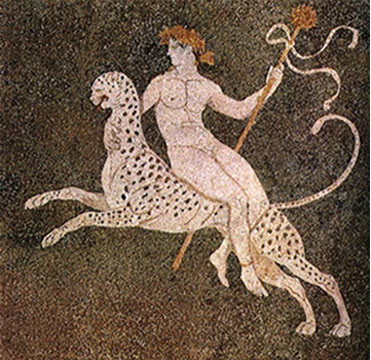 It's the fifth century BC. BC, in Asia Minor, the mosaic was used by the Greek to represent properly represented and mythological subjects. We then used the black pebble, white and red of very small sizes that were uncut appear interstices between the cement and did not allow precise lines. The drawings were often clear dark background and without the slightest relief. 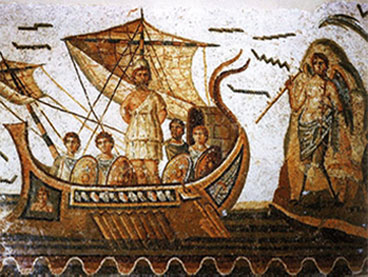 After defeating the Greeks, the Romans adopted the mosaic technique and develop it by inventing the opus tessellatum cubic tesserae of up to 1cm thick that are used for creating drawings and curbs made entirely by hand.

This impressive development has made the mosaic art became Roman quintessential because neither classical Greece or the Greeks of Alexandria had been able to give him the wealth of iconographic repertoire he has under the Roman Empire and still less spread throughout the Mediterranean basin as will Rome. 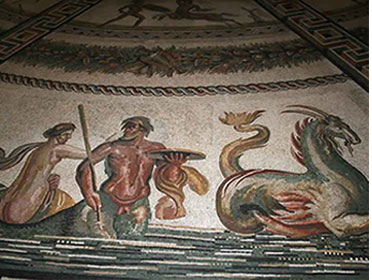 Thanks to the activity of itinerant workshops and master mosaic artists of the time, all provinces located around the mare nostrum (our sea) experienced the early days of Roman expansion this ostentatious art. It also distinguishes the mosaic pavement, used in the private and public architecture (churches, spas, villas, fountains) and appeared mosaic mural in the first century BC. AD

The subjects of the different floors and fresquesreprésentent daily Roman, eating, drinking or cooking, actors playing, warriors, ships crossing the seas, circus scenes, hunting and especially their gods myths. The mosaic is experiencing a booming between the first century BC and the seventh century C. An organization of the working methods of this art is a quasi-industrialization within the Empire. 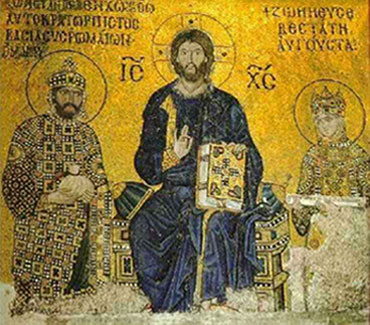 The Byzantine mosaic as Byzantine art in general, is entirely focused on religious representations. The use of new materials from the fifth century as Venetian smaltes (colorful enamels) and gold mosaic tiles give brilliance and vivacity of impressive colors (red, blue, green, gold ...).

All colors are available in all shades and different inclination of the tesserae plays light on the characters depicted mosaïques.Les sontpour most divine, raised hands, symbolic gestures, they are impassive and rigid and the leaves from the landscape sixth century way to gold background, symbolizing eternity.